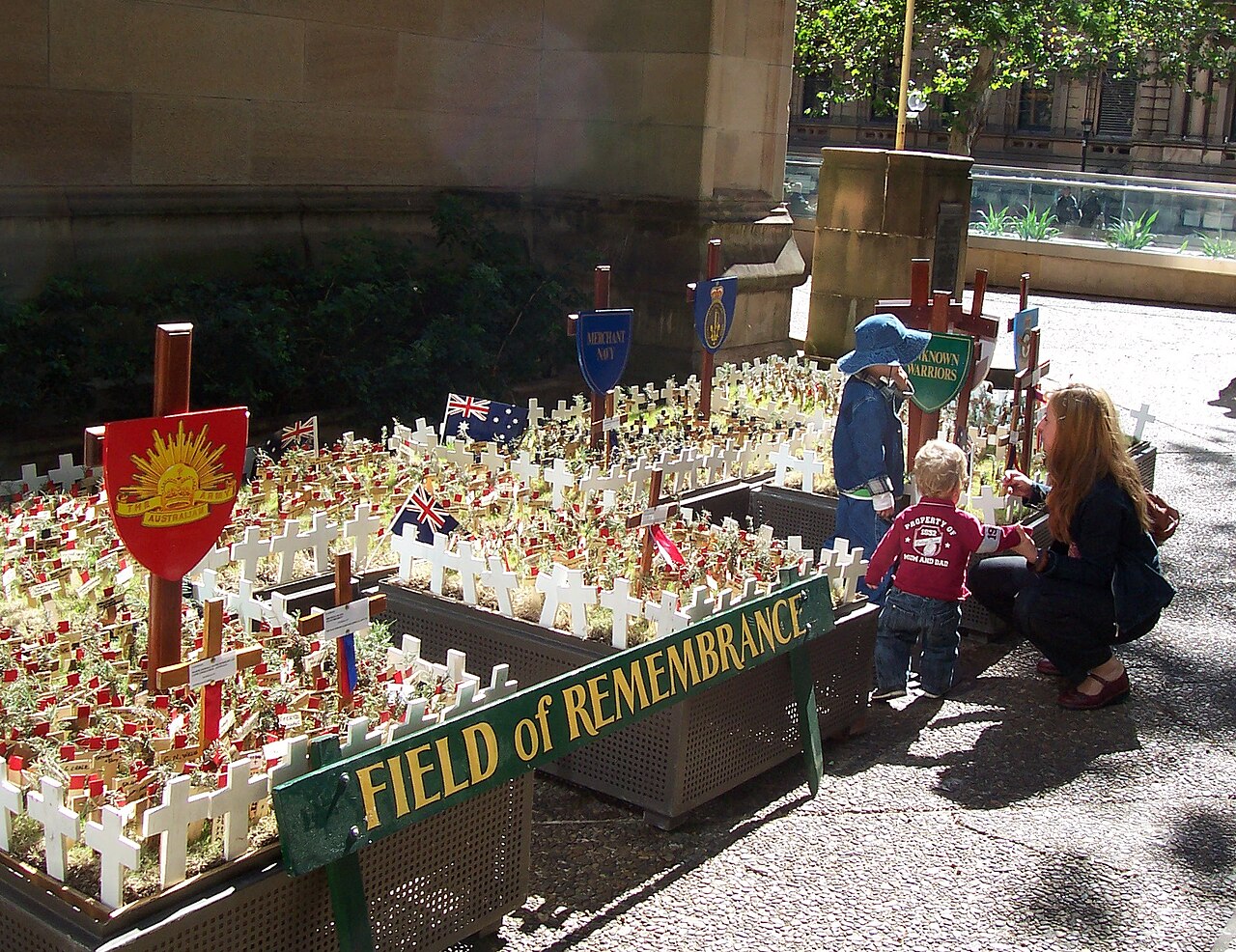 A young family look at the crosses planted in the ANZAC Field of Remembrance, Sydney, April 2009

It “…is a national day of remembrance in Australia and New Zealand that broadly commemorates all Australians and New Zealanders ‘who served and died in all wars, conflicts, and peacekeeping operations’ and ‘the contribution and suffering of all those who have served’. Observed on 25 April each year, Anzac Day was originally to honour the members of the Australian and New Zealand Army Corps (ANZAC) who fought at Gallipoli against the Ottoman Empire during World War I.

“Anzac Day is also observed in the Cook Islands, Niue, Pitcairn Islands, and Tonga, and previously also as a national holiday in Papua New Guinea and Samoa.”

Movies featuring the battle of Gallipoli as a plot point include:

More about the battle itself and the complex issues surrounding it are featured at: