A bit off-track, but since the Keeper’s favorite show of the new season has been renewed for a second season *insert happy dance here*, I thought it was past time we offer a small salute to Scott Grimes, currently appearing as jokester helmsman Lieutenant Gordon Malloy of the Union exploratory ship, The Orville, which is also the title of the science-fiction dramedy. 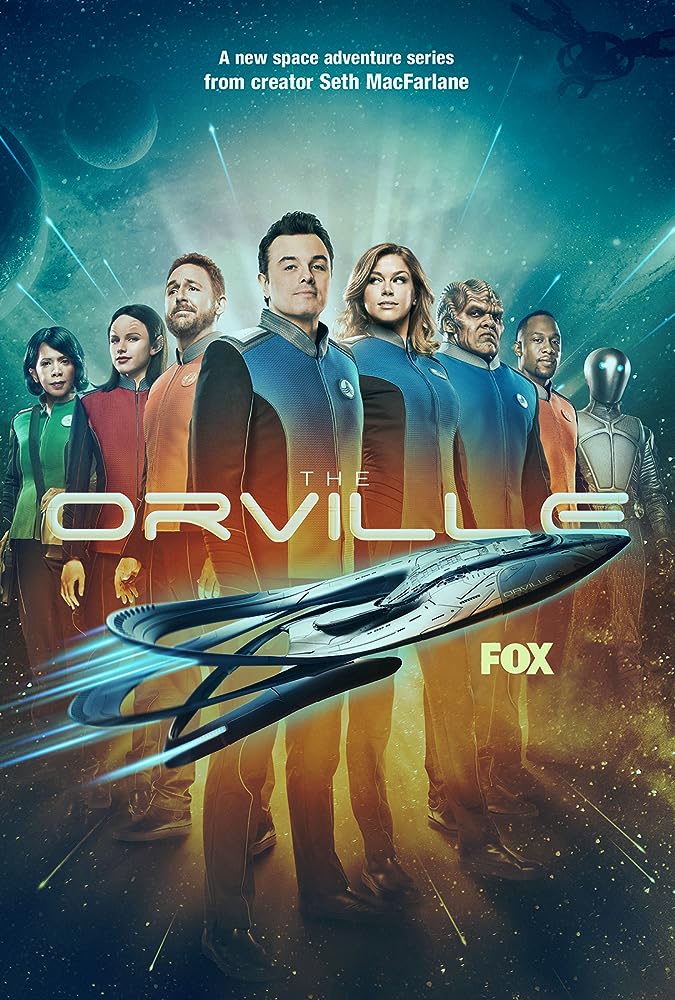 When you think of helmsmen on famous TV shows and movies, you normally think of someone like Sulu from the Original Star Trek series. Malloy, however, likes to pull practical jokes. He tends to do things like this:

He just got a new leg (long story). He’s a good friend to the captain. He might also like rainbow unicorns – don’t ask! And he can steer the ship in a move he calls ‘hugging the donkey,’ which would make Han Solo proud!

Grimes appeared in Mystery, Alaska as fellow hockey player ‘Birdie’ Burns. He was a carriage driver in Winter’s Tale. And he was Will Scarlett (with that red hair, of course, he’d play the role) in Robin Hood.

So with thanks to Gaslight’s fellow contributor, Taffey, here’s a selection of videos featuring Scott in not only Robin Hood but an appearance a couple of months ago where he sings! (I wonder if we’ll get to see that talent showcased on The Orville).

Considering the cameo and guest-starring appearances The Orville has seen so far, along with promises of more to come, (the show’s creator and star Seth MacFarlane is acquainted with a load of well-known people) might there be a chance a certain Oscar-winner could show up when we least expect it? Hey, I can hope, right?