With a screenplay by A Beautiful Mind‘s Oscar-winning screenwriter Akiva Goldsman, as well as Cliff Hollingsworth (and based on his story), and a score by Thomas Newman, the film starred two more Oscar winners, Russell Crowe as Braddock and Renée Zellweger as his wife, Mae. Paul Giamatti also starred and was later the only one actor recognized for an Oscar nomination for the year 2005 (Cinderella Man was also nominated for best film editing and best makeup).

The great Angelo Dundee, the trainer of boxing legends Muhammad Ali and Sugar Ray Leonard as well as champions including George Foreman and Jimmy Ellis, was hired to train Russell Crowe in the ways of boxing.

Universal Studios released it domestically where it saw a North American box office gross of $61.6 million and a worldwide gross of a little over $108 million. 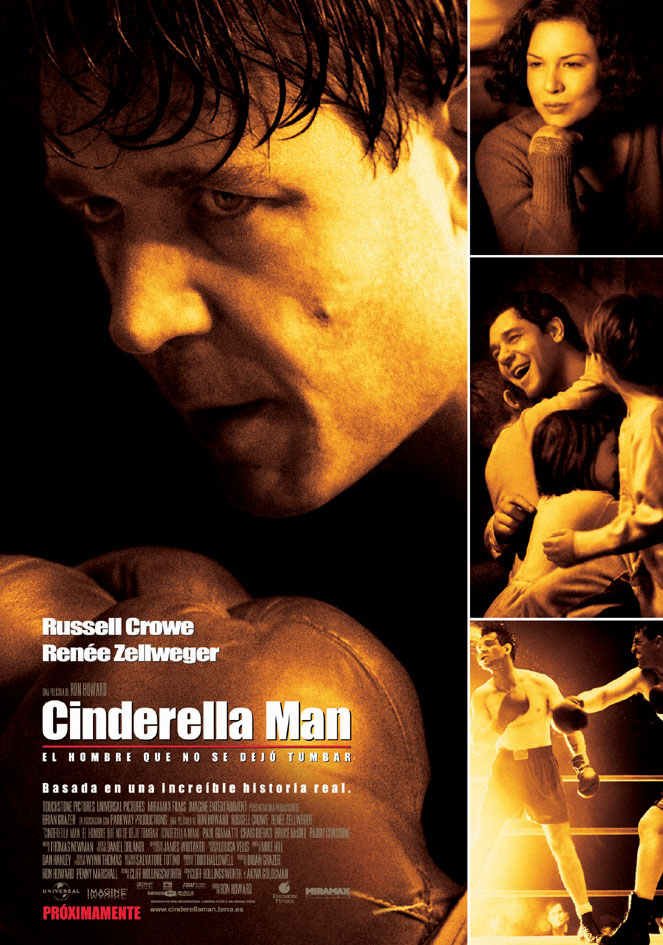