Directed by Karl Freund who not only made his directorial debut but had cut his teeth as cinematographer to the great Fritz Lang on the classic science-fiction movie Metropolis, the screenplay was penned by John L. Balderston (who also worked on Karloff’s Frankenstein, Lugosi’s Dracula and would later write The Bride of Frankenstein) and based on a story by Nina Wilcox Putnam and Richard Schayer. (Non-Mummy side note: Freund would also go on to be a director on I Love Lucy).

Notice on the movie poster, Karloff’s full name is not required because the world knows him from bringing Frankenstein’s monster to ‘life.’ He is now ‘Karloff the Uncanny’. That is enough.

The casket with Imhotep (Karloff) can just be made out in the background. In the foreground, we have Edward Van Sloan, Arthur Byron, and Bramwell Fletcher, as they interpret the warning engraved on the outer layer of the chest found buried with The Mummy. 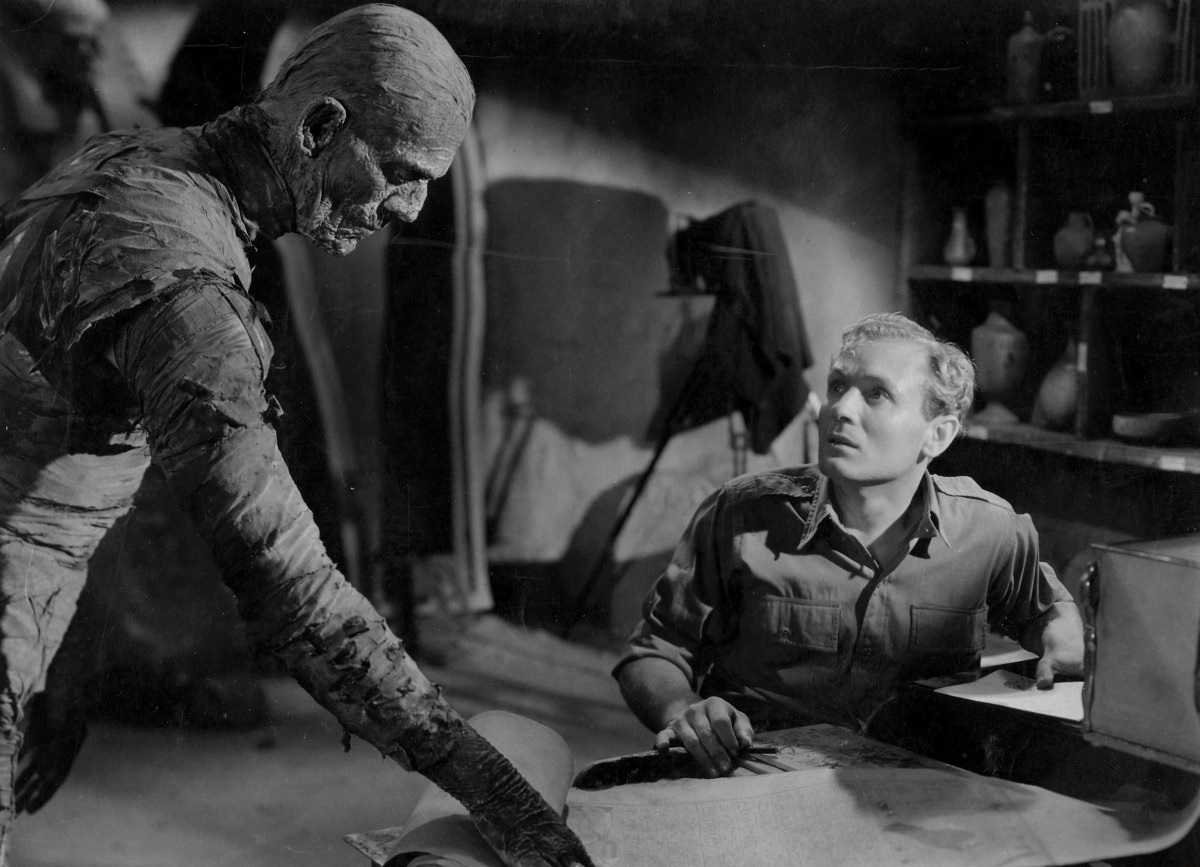 And THIS is why they put warning labels on ancient Egyptian chests which contain dangerous scrolls! Bramwell Fletcher decides he knows better than some old dusty warning, and look who decides to keep him company? The results? Fletcher screams then laughs hysterically and declares, “He went for a little walk.” 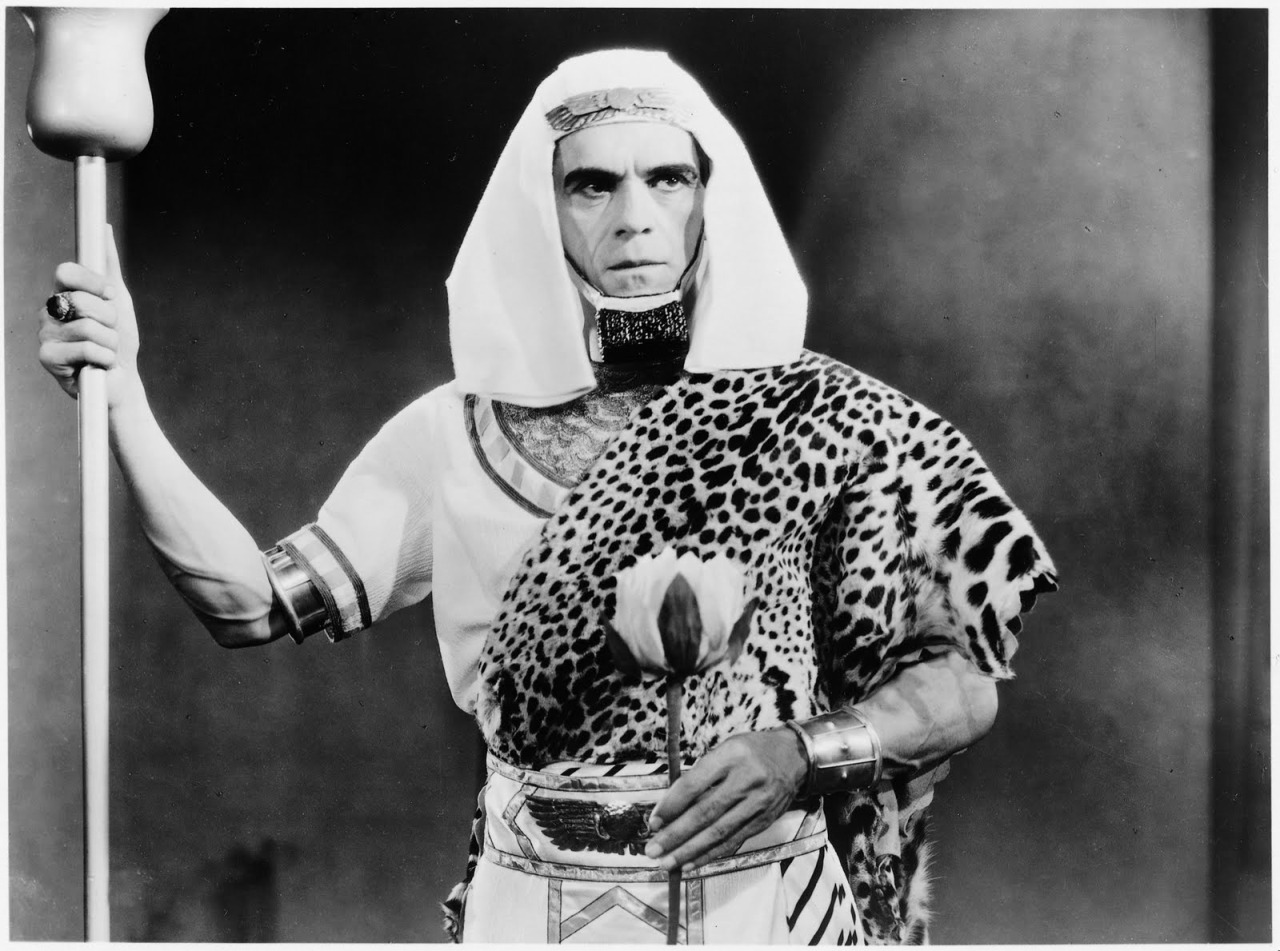 Karloff the Uncanny as the high priest, Imhotep, watching over the final moments of the funeral for his beloved. 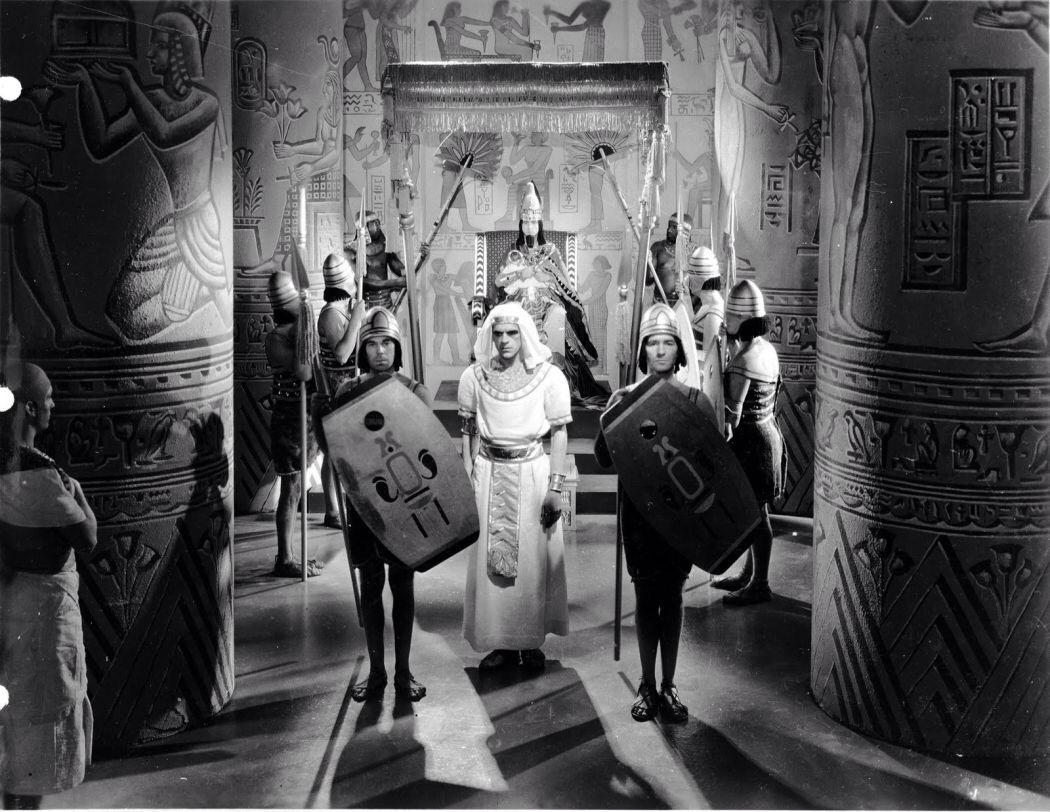 His punishment announced, Imhotep turns from the Pharoah and prepares to face his fate.

The beautiful Zita Johann poses in publicity stills – to the left, as Helen Grosvenor, the 20th-century daughter of the British governor of the Sudan and an Egyptian aristocrat. On the right, the woman from whom Helen is reincarnated, Ankh-es-en-Amon, the daughter of a Pharoah. a high priestess in the temple of Isis, and involved in a forbidden love affair with Imhotep. 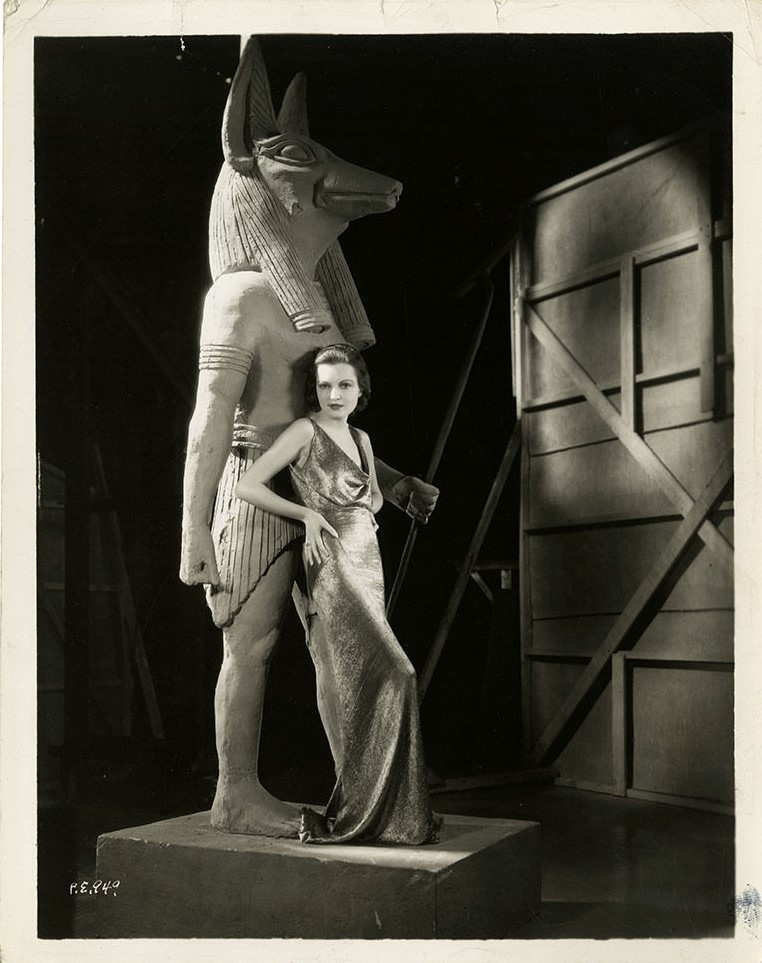 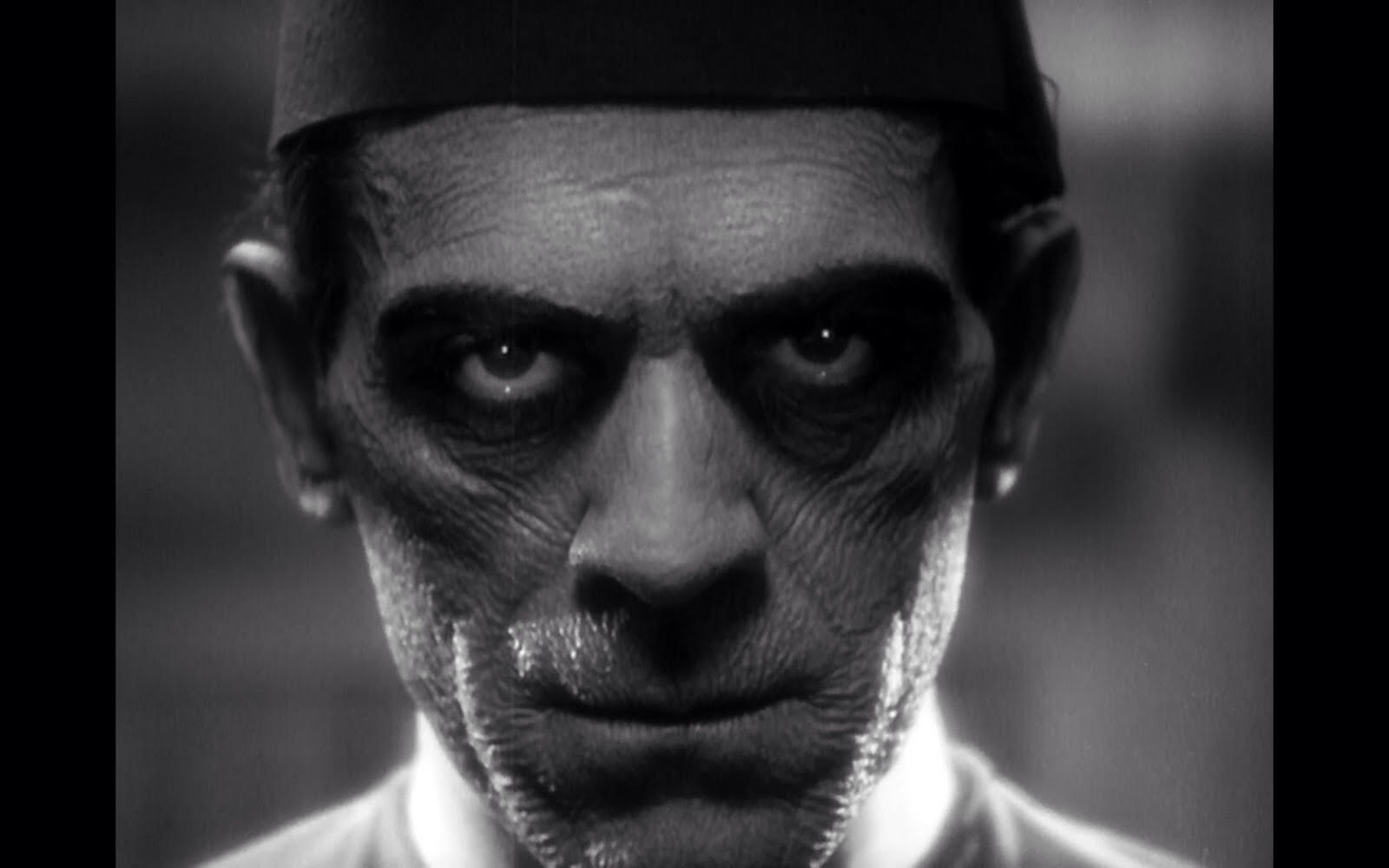 Karloff the Uncanny as Imhotep, now going by the name of Ardath Bey when he awakens in the twentieth century.

After centuries of separation, Imhotep and Ankh-es-en-Amon are reunited in a new world. Imhotep suffered a great deal for his love. Will Ankh-es-en-Amon be willing to suffer so they can be together forever? 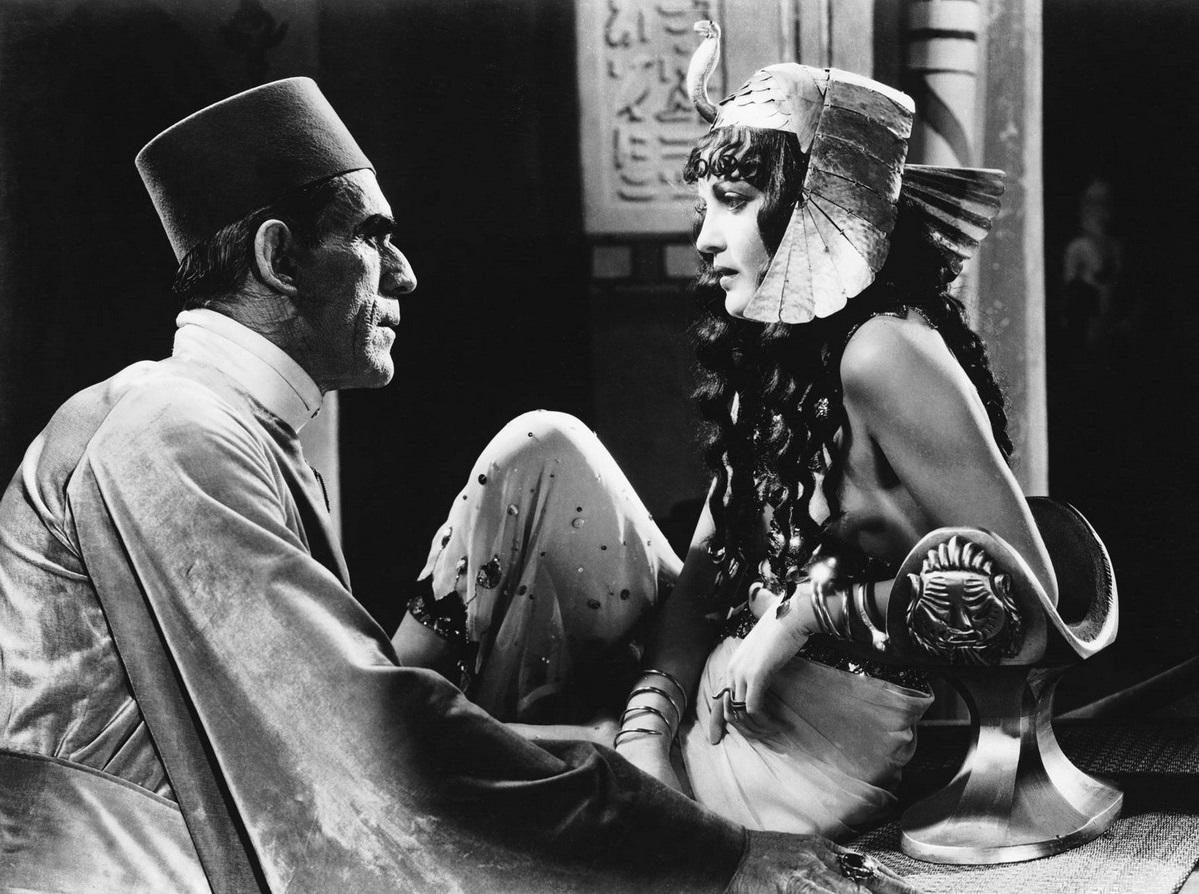