In 2007, the James Mangold directed 3:10 to Yuma was released, a critically acclaimed remake of the 1957, American Western classic originally starring Glenn Ford and Van Heflin. Based on the Elmore Leonard short story, as was its’ predecessor, the most recent version starred Oscar-winner Russell Crowe as outlaw Ben Wade and Christian Bale (The Dark Knight Trilogy) as rancher Dan Evans.

It is described on IMDB with the following synopsis – In Arizona in the late 1800s, infamous outlaw Ben Wade and his vicious gang of thieves and murderers have plagued the Southern Railroad. When Wade is captured, Civil War veteran Dan Evans, struggling to survive on his drought-plagued ranch, volunteers to deliver him alive to the “3:10 to Yuma,” a train that will take the killer to trial. On the trail, Evans and Wade, each from very different worlds, begin to earn each other’s respect. But with Wade’s outfit on their trail–and dangers at every turn–the mission soon becomes a violent, impossible journey toward each man’s destiny.

With an estimated budget of $55 million, the movie earned over $50.6 million in the United States and grossed a worldwide box office of just over $70 million. 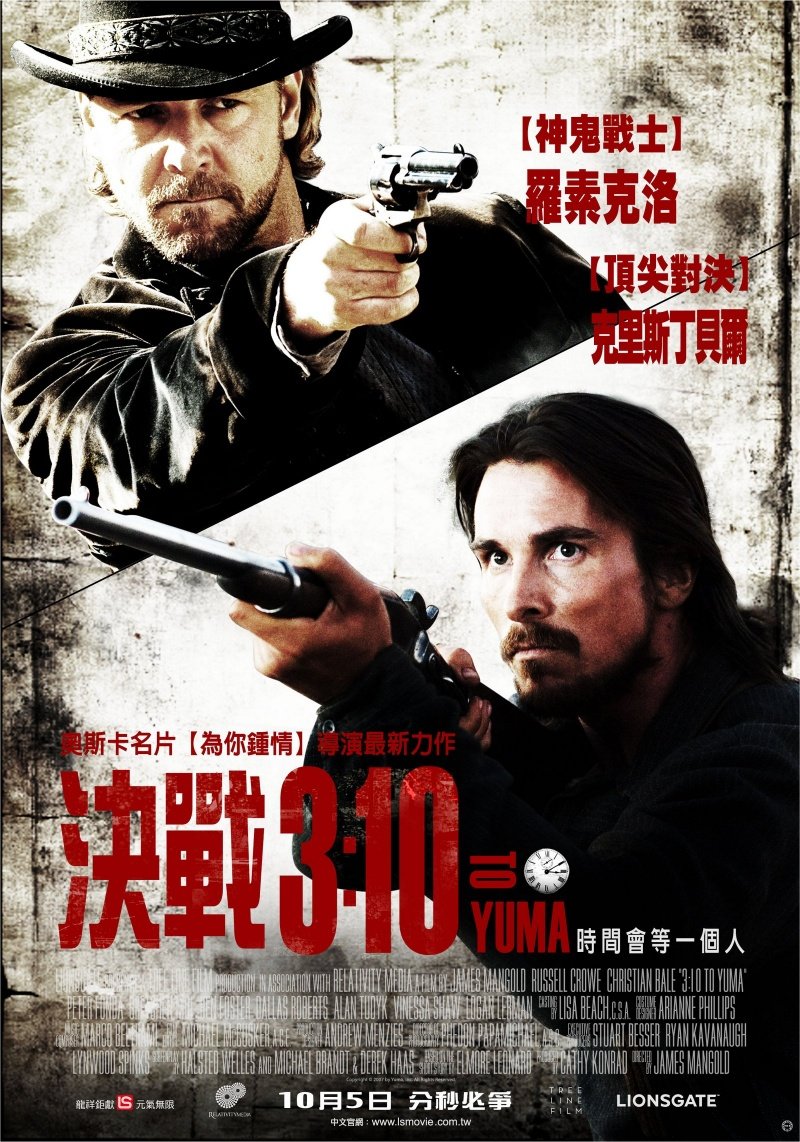