Twenty-three years following the release of a little Australian movie Love in Limbo, Academy Award winner (and the now much better known) Russell Crowe appeared opposite Ryan Gosling (The Notebook) in Warner Brothers’ The Nice Guys, a comedy-action flick directed by Shane Black. The movie also reunited Crowe with his Oscar-winning co-star Kim Basinger, the two having appeared almost a decade earlier in LA Confidential.

Originally set to open on June 17th, the release date was readjusted to May 20th, 2016 – which put it into major competition with the likes of Neighbors 2: Sorority Rising, The Angry Birds Movie (both of which opened the same weekend), as well as the still-powerful residual energies of Captain America: Civil War. Forbes magazine analyzed that had it not been released on the same weekend as Neighbors 2, the box office would likely have been much better as both movies aimed for the same demographic (The Nice Guys came in fourth its’ opening weekend). Costing roughly $50 million to make, it earned approximately $57.3 million worldwide. 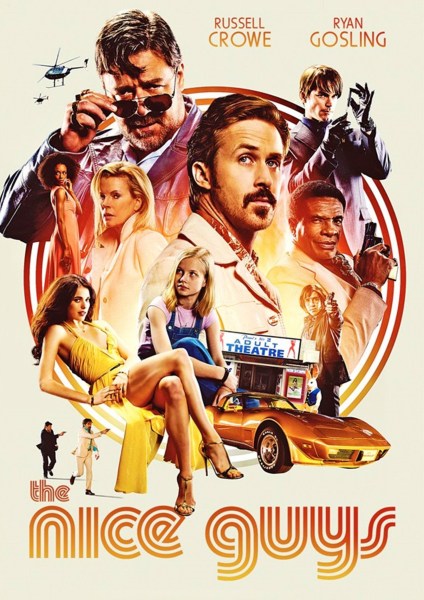